Epilepsy is a condition in which patients have recurrent unprovoked seizures. Patients who have only suffered from a single seizure are not considered to have epilepsy, since by definition epilepsy implies a condition of recurrent seizures. The seizure activity may simply be a strange sensation or smell, a staring episode, a brief loss of consciousness, repetitive twitching of an arm or leg, or even convulsions.

Epilepsy arises from group of overactive neurons that cause a disturbance in the surrounding brain resulting in seizure activity. Epilepsy can result from an abnormality in brain development, an infectious process, a brain tumor, a head injury, stroke or any process that results in injury to brain tissue. Some forms of epilepsy are idiopathic, meaning that a clear underlying anatomical abnormality can not be identified. Idiopathic epilepsy is believed to arise from a biochemical imbalance in the brain, abnormal connections between neurons, or a combination of the both.

How Is Epilepsy Diagnosed?

Electroencephalography (EEG) recording measures the activity of groups of neurons in the brain, and is the mainstay in confirming a diagnosis of epilepsy. Brain MRI may also demonstrate anatomical abnormalities in the brain (such as tumors, vascular malformations, and developmental anomalies) that may contribute to a seizure disorder.

How Is Epilepsy Treated?

Many forms of epilepsy can be controlled with medication. When medication fails to control the seizures, or the side effects from the medication become intolerable, surgery is an option. Once the seizure focus has been localized with EEG recordings, it may be surgically resected. Many patients with intractable epilepsy can experience significant improvement in their condition following surgery. Vagal nerve stimulators (electrical pulse generators attached to the vagus nerve in the neck) are also an effective treatment for some forms of intractable epilepsy. Electrical stimulation of the vagus nerve helps reduce seizure frequency by an unknown mechanism. 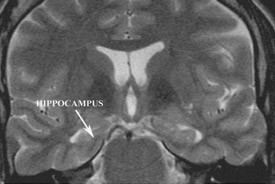 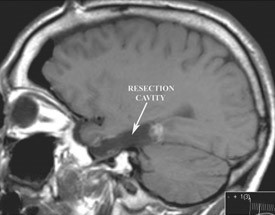